Custom Songs to Amplify your message

A unique way to express your love, capture your message, honor a loved one, or celebrate life's milestones.

For Which Purpose Does A Custom Song Interest You?

What are custom Songs?

Is a specialty-crafted song, focused on a specific message or emotion of your choice – be it personal or professional.

~ Personal Song Ideas: Share a custom song for a loved one in such instances as: the love of your life on your wedding day, reminicising about special memories together, saying farewell to a loved one, or wishing a new loved one who’s just joined the family. Other ways a personal custom song can be used is to perhaps celebrate Valentines Day or an Anniversary listing all the ways you’ve felt their love throughout the years. Or even send a special “thinking of you” song to your mom! Birthdays, special holidays, or special occassions of all kinds.

~ Professional Song Ideas: Share a custom song for your business or company in the following ways: Have a custom song performed for your company’s conference, create a custom song or jingle for your brand or business to use in your videos or orientation or live events, or add your non-profit’s custo song to an upcoming training video, or even use a custom song as the intro to your podcast.

The possibilities are endless. 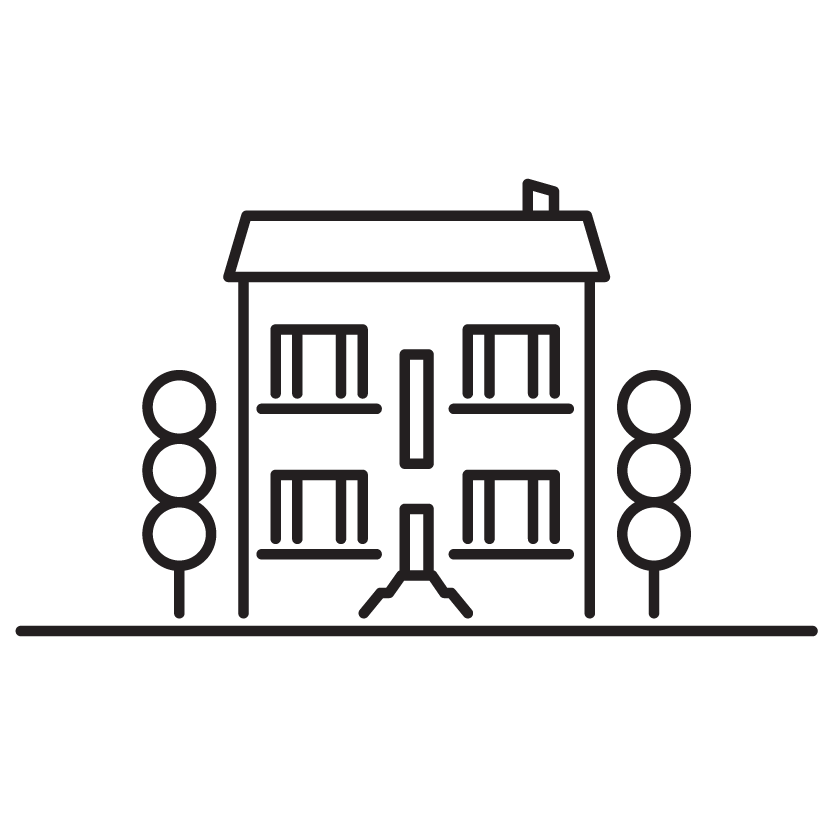 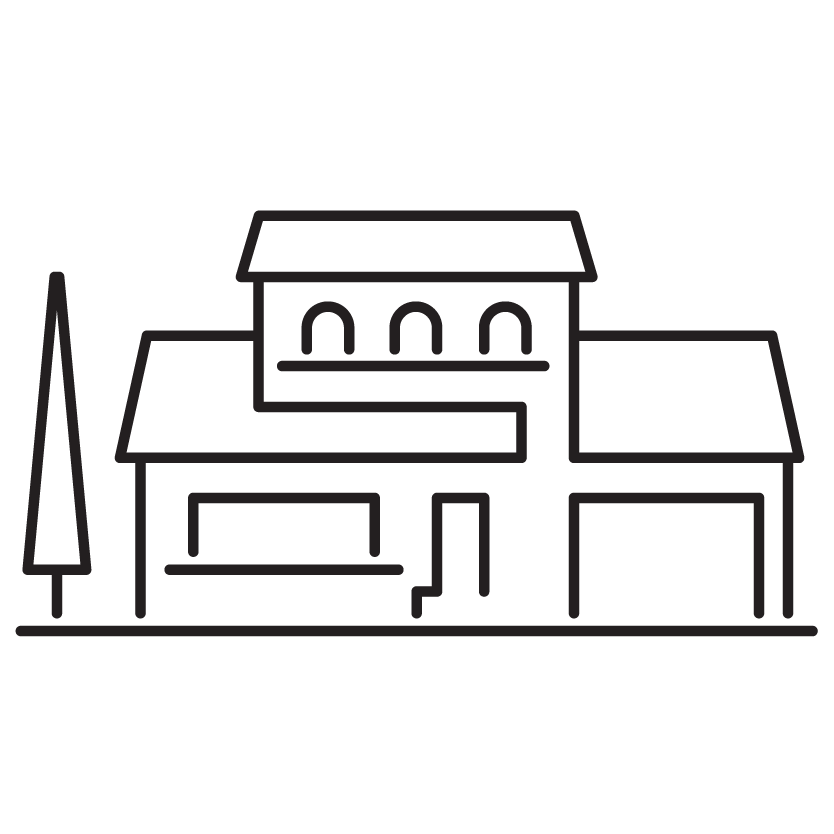 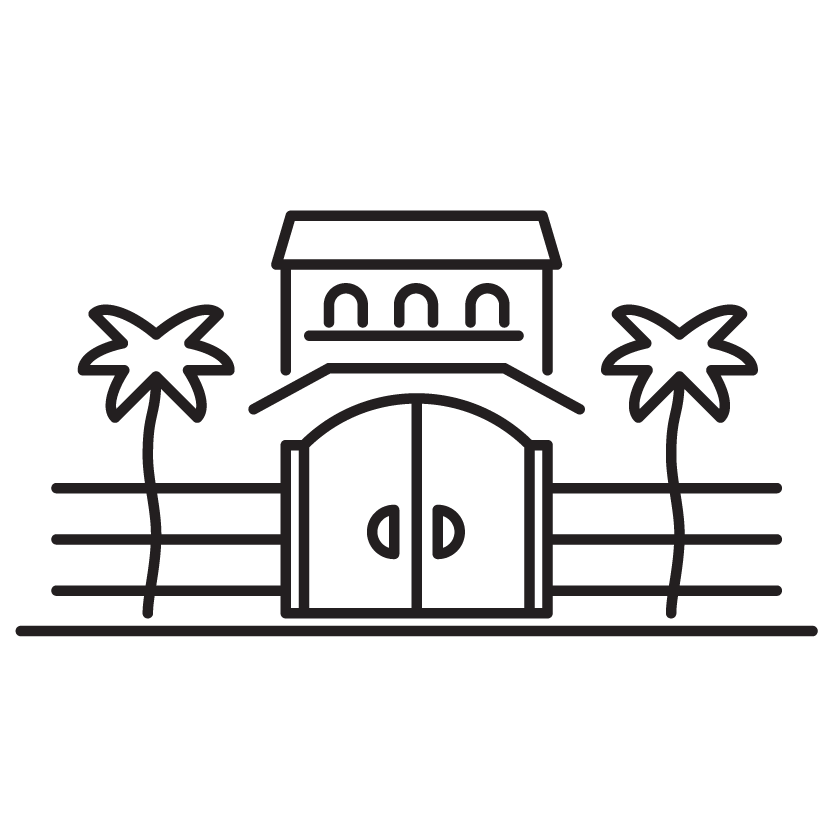 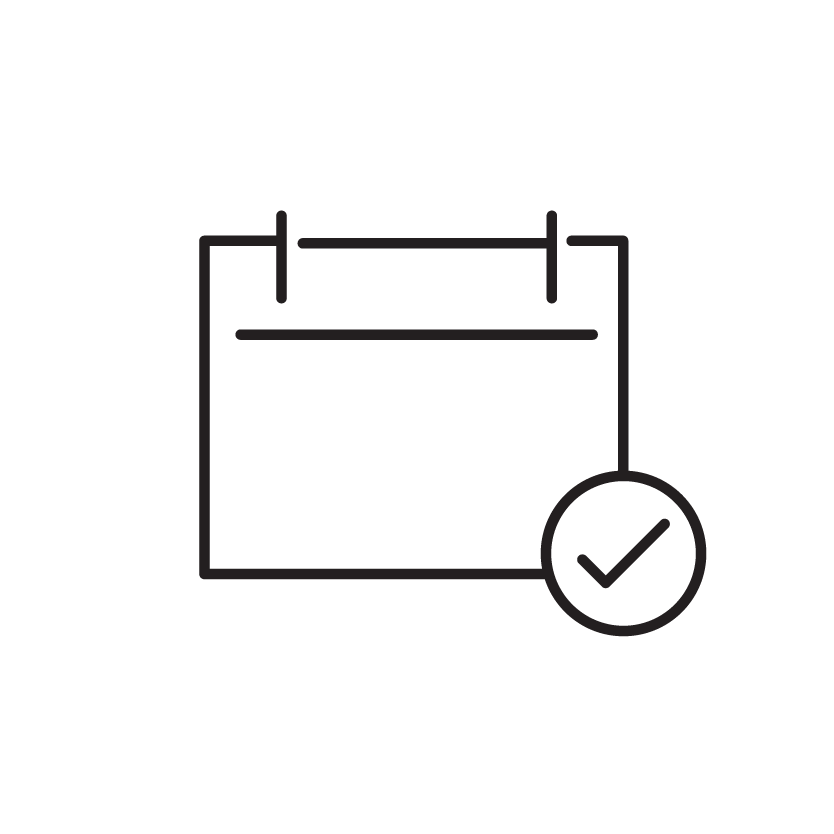 In this step you’ll share the basics of your story with me. I’ll send you a series of fun quesitons to answer, and we’ll hop on a zoom call so we can dive deeper and go into more detail about special moments, inside jokes, important dates, emotions, and themes your may want to include.

We’ll also jam out to your favorite songs and artists so I can get a feel for what you love about music. And I’ll also be able to start feeling into your story and message and sit down to compose, write, and create melody, chords, and lyrics. In this step I play the song live on a video call for you to hear and review, and upon your approval I take the next step. Get rough draft sneak peeks of your song as I and my talented team of musicians record in a professional studio.

Once your song is professionally recorded, mixed and mastered to professional radio standards I reveal the final version and you get to relish the emotions as you hear it. 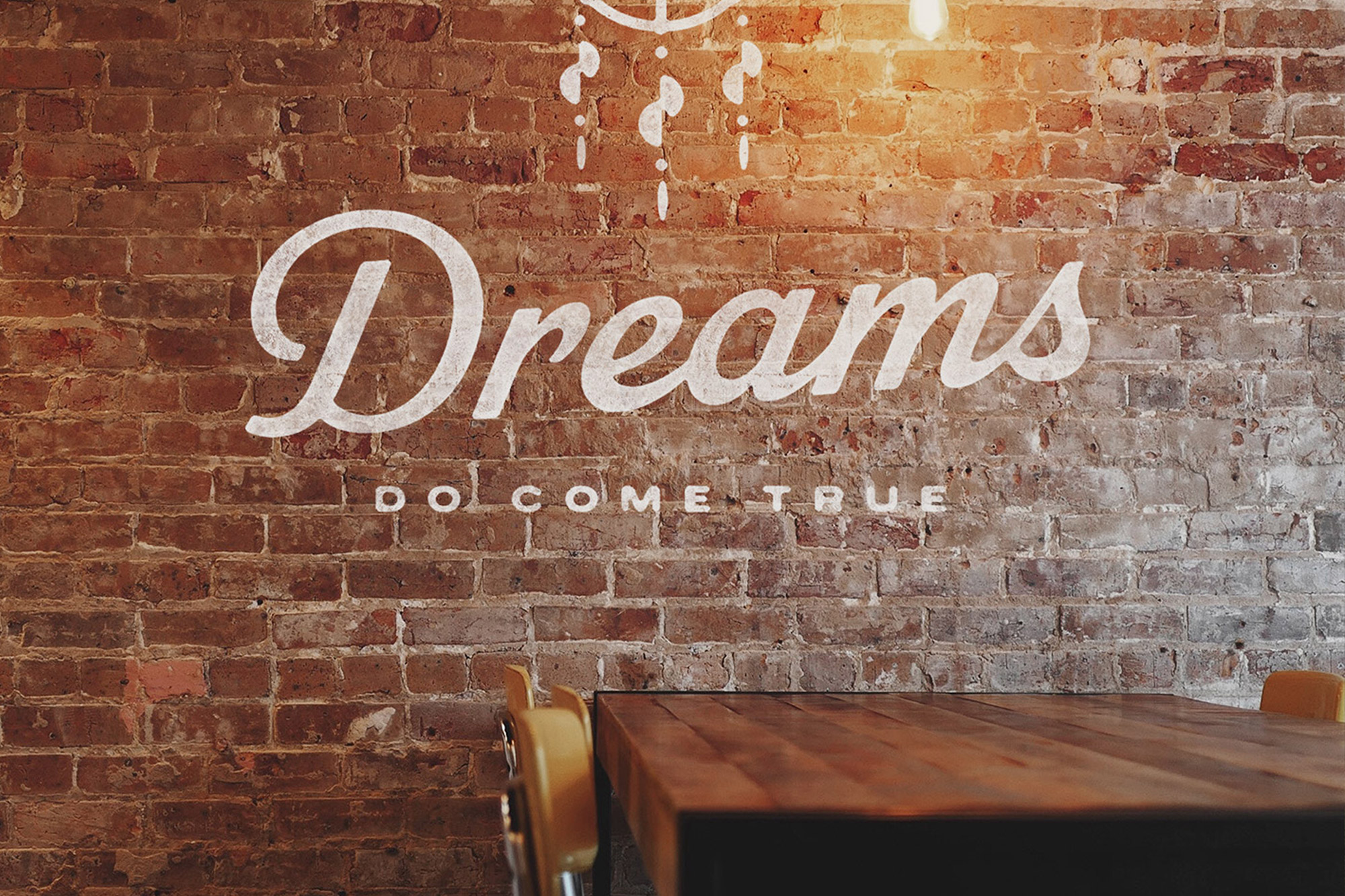 In this step I’ll deliver your song in mp3 format as well as CD if desired. If you choose to have a CD you’ll also get to adore the custom artwork that adorns the cover of your CD.

You’ll also get to finally watch the reaction as you play the song for someone you love, for your employees, as you walk on the stage, or at your next big celebration! This will be a song you can treasure for years to come.

Life Is A Gift -High Quality wav and mp3 of Your Song

-Your Song + Instrumental Track on CD

-Your CD Professionally Sealed, and Packaged with Custom Album Artwork of Your Choice (up to 10 copies)

-A Full-Color Booklet Insert with Lyrics and Artwork -Piano Sheet Music and/or Guitar Tabs of Your Song

-A Behind-the-Scenes Video of the Studio Experience

†travel and lodging may be charged separately – to be arranged

Let’s Bring Your Story To Life

Why should I order a custom song?

There are many reasons why you might want to order a custom song. Perhaps you’re getting married and want your own personalized song for your first dance. Maybe you want to give a gift to your spouse for an anniversary or Valentine’s Day. You may want a special song written in remembrance of a loved one that has passed on, or to welcome a new addition to your family.  If you’re a speaker, author, or coach, think of how empowering it would be to walk out on stage to your very own theme song filled with inspiring lyrics. Ordering a custom song could be as simple as wanting to hear your story put into a melody, composition, and/or song.

How much does a custom song cost?

Pricing ranges from $3,000-$10,000 and varies depending on each package and upgrade chosen. Please contact us and include your budget. I’ll do my best to create an experience that will fit your needs, or I will refer you to someone who can.

How long does it take to get my song? How far in advance should I plan to have the song for my event?

The time it takes to create a song will vary depending on how many instruments are used, how soon your deadline is, and how quickly you give final approval on melody and lyrics. Once you’ve given final approval on lyrics and melody, it can take anywhere from 2 weeks to 8 weeks to complete the recording, editing, mixing, and mastering process. After this process, you’ll have immediate access to the digital content. You may have to wait another week or two for the CD to be created and shipped to you.

Ideally, you’ll want to order your custom song at least 2-3 months before your big event. Rush options are available and can be discussed when you reach out to us. Please include your deadline in your message.

What do I get when I order my custom song?

In the Cosmic Experience, you will receive a digital download of the radio ready song, as well as a CD in a jewel case with your custom artwork. You’ll also get an instrumental track to sing along to. In the Galactic Experience, you’ll receive all of that plus sheet music or guitar tabs, a custom music industry plaque with laser engraved lyrics,  a personalized music movie, and more (see each experience features in detail above – on this page)

Who owns the rights to the song?

Rachael will own the rights to any and all songs she writes and records. There are, however, options available to purchase the rights to your song, as well as mechanical and sync licenses. These options will be presented and discussed in full before beginning the songwriting experience.

Who will sing on the track?

Rachael is the vocalist for most custom songs, however, occasionally you may want a male vocalist, or YOU may want to be the vocalist! All of this can be negotiated when we connect to determine how you want your song to sound. Ultimately, this is your song, and you’ll be able to choose.

Is there any type of song you can’t write?

Rachael specializes in pop, r&b, rock, jazz, folk, reggae, new age compositions, classical compositions, and piano ballad songs. She selects songs to write based on the story behind the song and her connection to it. Please listen to music she’s written previously to get a feel for the style before purchasing.

Please note: We reserve the right to refuse song proposals that are vulgar in nature, contain profanity, or that discriminate against race, religion, sex, culture, or ethnicity.

“Rachael wrote an epic song for our Black history play. It was deep, transcendent, and so moving. She had people in the audience in tears! I thank Rachael for her gift and time and attention for her creation and performance of the song.” Rachael Alexander is an upcoming multi-talented singer-songwriter composer from Atlanta, Georgia. She is as diverse in the arts and music as her familial background. Having roots from Trinidad and America her art is an eclectic and powerful mix that touches people all over the world of different backgrounds and walks of life. Soulfully deep lyrics pour out of this young woman’s heart and as they are placed alongside the diverse soundscapes in her music she captures you with her soulful beautiful voice. A classically trained musician and vocalist since childhood Rachael has wowed audiences worldwide.

A multitalented individual, before she even started singing at a young age Rachael drew fashion and art, and later added dance, acting, photography, songwriting, and composing to her list of things she loves doing. Also being a strong entrepreneur she has since started an entertainment company using her skills in photography and video along with fashion and music to launch her career and that of others. She has directed her own short films, music videos, and designed and created her own fashion line. Through her entertainment company her aim is to contribute to the world at large in art and personal development that has spiritual and conscious implications that last a lifetime.

Currently Rachael is working on a body of musical works that represent who she is and her movement through a new project called the 365×4 project. Through the 365×4 project she aims to create and share music every week for a year which will lead to music for her first full-length album, and as she does this she knows that others will connect with her as a musical artist and hopefully get to see the behind the scenes of who Rachael is as an artist and creative. By working on her first full-length album she will culminate not only an album, but also a visual project and novel to go with it, which will combine her different experiences, imagination, visuals, and wonderful storyline. Through her journey she is still exercising her other artistic abilities and has partnered up with other artists to produce fashion works and photographic projects for her first album under Endigo Rae Entertainment; her entertainment company.

Rachael believes in giving back and supporting social rights of different individuals and groups. At the age of only 19 she partnered with her literary teacher in college and put together a benefit show that benefitted young girls who were victims of child sex slavery, which is a worldwide current and real issue. Through this show she and her teacher gathered other musical artist and visual artist to donate their time and artwork to create awareness on the issue. Rachael has gone on to help other ventures and individuals by putting on benefit concerts to raise money for those less privileged, namely a benefit concert for orphaned children in Uganda that she was able to raise a significant amount of money for. Music is a powerful art form and can create shifts in thinking and consciousness. Artists like Bob Marley Lauryn Hill, Michael Jackson, Yanni, and more have all created movements through their music and Rachael aims to do the same through hers. She hopes to uplift, inspire, unite, and empower women and men to be all that they can be through music and other art forms. Rachael is not afraid to be all that she can be. She approaches life with a joie de vivre and through her musical movement and entrepreneurial ventures she doesn’t plan on stopping.

Please click the button below, schedule an complimentary discovery talk, and select an appointment time regarding your custom song!